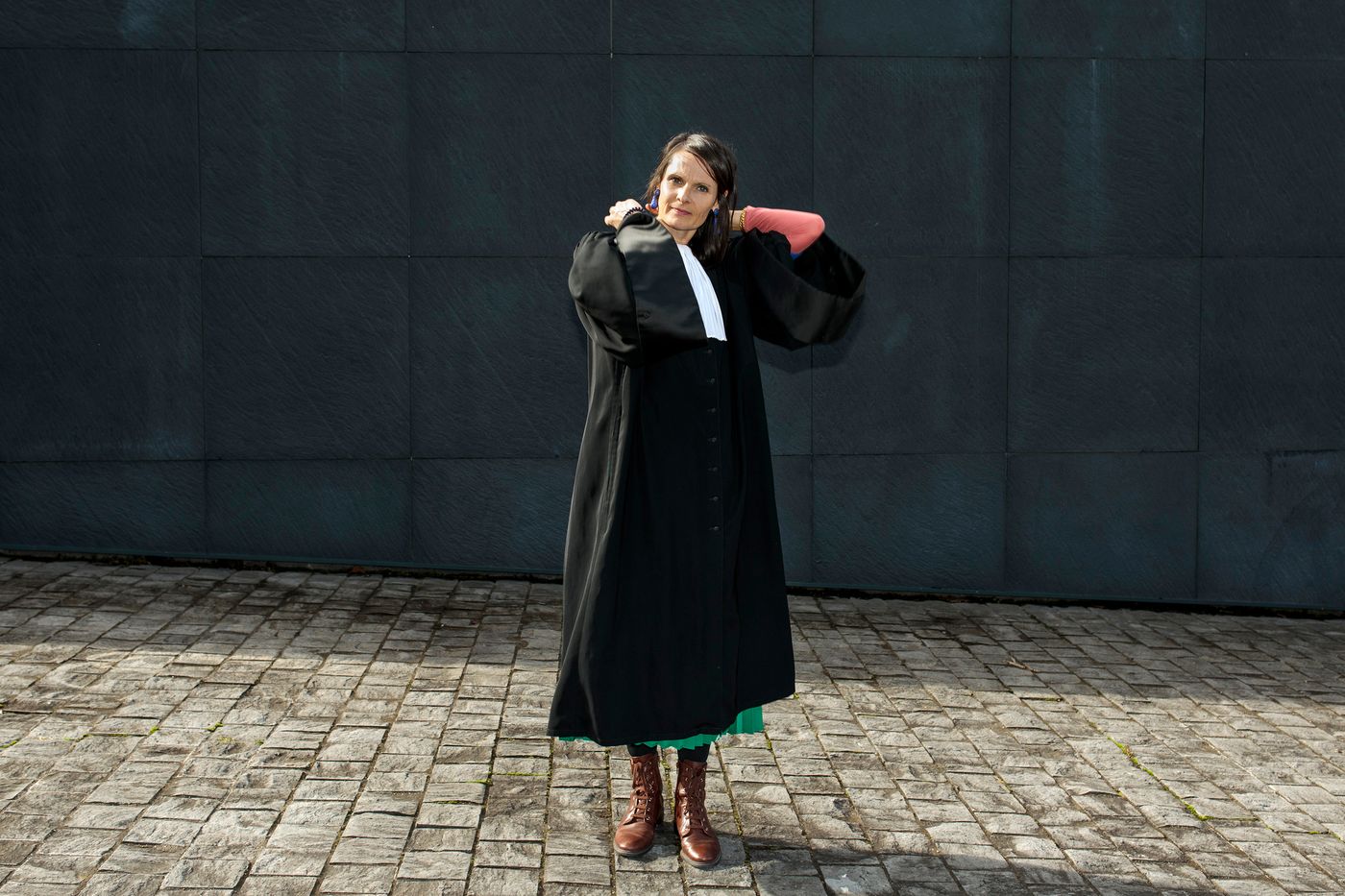 Emmeline Auden, 43, has always wanted to become a lawyer. As a child, she presented her stuffed animals in court and asked her grandmother to play the victim. The tales of her mother, a clerk in a law firm, undoubtedly unrelated to her calling, prompted her to study law at Tours, and then to the Law School in Poitiers. In 2008, she joined the Bar of Nantes. Today she shares her practices with three partners, and specializes in family litigation and medical law. Two areas brought her into daily contact with humans, in their richness and darkness. Like her lawyer’s dress, her “theatrical uniform” she always wears with respect.

weekly cross : What makes you wake up in the morning?

Emeline Auden: Excitement for my dream job. Never tune into routine or boredom, because it involves very strong human interactions every day. What is exciting is that the work presented has a direct impact on people’s lives. We feel the benefit that we are there to accompany them in resolving the dispute, from amicable steps to referral to court. Being a good expert is not enough. The law is very intellectually stimulating but with experience I have come to realize that human matter is just as important.

It takes a lot of listening to identify the right legal issue behind the situation. Recently, I had to deal with a disagreement over the alternation of accommodation for a baby of a few months old. In fact, one parent clung to it to maintain the bond with the other parent. In the context of secession, there may be more resentment over the objectively violated rights.

How’s it going at work?

EO: I see my office as a neutral space that symbolizes recourse to the law. There is nothing personal, no photo … but the legend of the inaccessible lawyer is indisputable to be preserved! My wardrobe is in warm, calm colors. This reassures the client, and I really spend my time establishing a relationship of trust. The other part of my job, which takes up 70% of my time, is processing emails! Our customers often ask us for immediate availability, while sometimes it takes time to let things rest. Many emails are written out of anger. I’ve only been in this field for fourteen years, but it’s an aspect that has made our profession evolve tremendously.

Then there are the masses. When I put on my dress, I step into a role. It is a kind of shell that helps keep the head cool. Through experience, we’ve been able to adapt to the unexpected, whether it’s an opponent destabilizing us or a judge asking about details we didn’t necessarily expect. My pleas are very square because I came to speak law. Of course, there may be a place for emotion, but it is legal reasoning that takes precedence because that is protection. I remember one day when I had to stop because a dad started crying bitterly when I defended his cause.

Who do you trust?

EO: In law with capital L., I trust this protective framework that governs social ties and guarantees the rights and freedoms of citizens. As described by Rousseau, it is she who allows humans to move from the wild state to the social compact. It is clear that in some countries, such as Iran or Afghanistan, this is mocked because it does not protect the rights of all human beings. Even in France, the social pact is in jeopardy in that justice is faced with a lack of means. This has consequences: delays in appealing to a judge Yazid or legal aid encountering malfunctions (1). I recently accompanied two women who live on Active Solidarity Income (RSA). It’s been a year since I submitted my application for support, and I’m still missing a supporting document. I will probably be paid within six months. Access to a lawyer should be the same for everyone.

Have you been featured by a scene recently?

EO: I think of this gentleman, who was expelled from the matrimonial home without any question of violence. His salary is no more than 1,000 euros a month, and he has been sleeping in his car for three months, without any alternative housing. On the same day, I received a financier who is also engaged in divorce proceedings. He was worried about sharing his million dollar home. Both have gone through the same ordeal but in opposite situations… There’s also this client artist who brings all his paintings into practice to show me his work, or this client a victim of a medical error who starts undressing to show me the damage and damage to my body…

Now, what will change your life?

EO: Little legislative break! For several years now, we’ve been experiencing text hypertrophy. We cannot be satisfied with our achievements and with a certain legal certainty. It is as if we are constantly working on quicksand. In family litigation alone, we’ve encountered three major reforms since 2017, with transitional provisions that have been published over time. It’s stressful!

A villain, an idea to change the world?

EO: I would like to be able to defend the “widow and the orphan” without asking myself the question of wages. Restoring the means of justice to function properly, for all strata of society, particularly the most vulnerable, also means restoring trust in our institutions. In recent years, the state has been very disjointed, leaving individuals to resolve their disputes on their own. I fully support amicable solutions or mediation, provided the parties involved are on an equal footing. Otherwise, hegemony relations dominate. We need strong justice to protect the weakest.